The Vicious Cycle Of Organic CTR.

Organic CTR is considered one of the most important factors in search engine rankings by SEO authorities like Moz. It makes sense: Google wants to rank great content better, and great content gets clicks. But there’s a vicious cycle: it’s hard to get clicks if your page doesn’t rank well already. 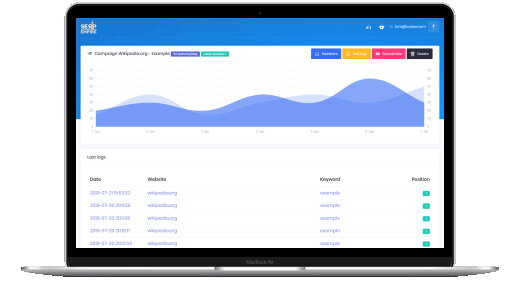 SERP Empire To The Rescue.

Create your custom campaign for the websites and keywords you want to rank for, personalizing all the options you want.

We will search the keyword, find your page, and visit your site. Your CTR goes up, and the bounce rate goes down, improving your rankings.

Your improved rankings get you more organic traffic and business results, creating a virtuous cycle.

Wield The Power Of Organic Traffic.

the simplest way to increase your SERP CTR

Customize your traffic to the details. Choose your bounce rate, pages visited, and more. And it’s error-free.

Our infrastructure allows you to get traffic from specific countries or even states, anywhere in the world, without limits.

You can get from 50 to 100 visits for each dollar you spend: that’s around 20 times cheaper than competitors.

Our visits show up on your website analytics and on Google Search Console. You (or your clients) can see the results of your campaigns

You can start a campaign and get traffic right away. No matter how big or small your campaigns are, we can fulfill them with no delay.

Our experts are available to help you any time every day, 24/7. And our money-back guarantee makes trying SERP Empire risk-free. 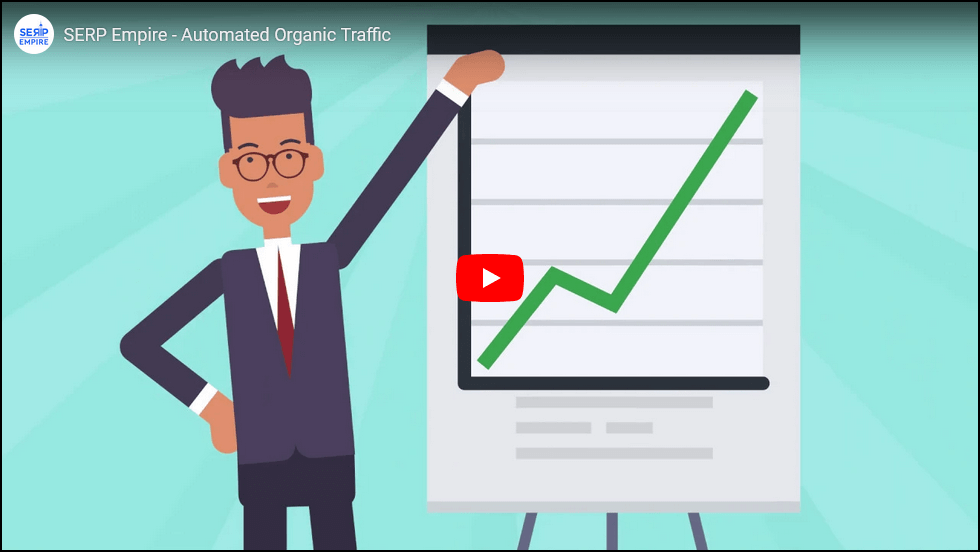 Does boosting CTR truly work for SEO?
That’s without a doubt at this point. Since the famous case study from Rand Fishkin (founder of Moz), where he managed to move a page from #7 to #1 position in a mere 3 HOURS, dozens of case studies testify that it’s one of the most important ranking signals. Google itself has strongly hinted to it, despite being famously secretive with ranking details.
You can guarantee results, then?
Unfortunately, nobody can do that. There are no certainties in SEO. But the strategy is sound, and boosting CTR is a go-to technique for many top SEO professionals. Especially if you are in the frustrating situation of having great content, but it ranks so low nobody sees it. The good news? You can try SERP Empire entire risk-free with our 100% money-back guarantee. Try out your campaigns, and if it’s not for you, you get your investment back with no questions asked.
Is this risky?
In a word, no. Technically speaking, most off-site SEO techniques, even benign ones like link building, break Google’s guidelines and can get your website penalized. However: if it really was dangerous, it would be easy to use this kind of traffic against your competitors and get them banned! That’s why in practice there is nothing to fear.
How long does it take to see results?
A lot depends on the amount of traffic you buy and how competitive the keyword is. The more people search for the keyword, the more traffic you need to make a statistical difference (that is, if your keyword gets 10,000 hits a month, 150 clicks will hardly get you to first place). Plus, it takes a bit for rankings to stabilize. Most of our customers start seeing a sizeable bump in real organic traffic after 6 weeks.

SERP Empire provides automated organic traffic to increase your rankings on Google, Baidu, Bing, Yahoo, Yandex. We are the main CTR manipulation tool and can offer you thousands of organic visits for better positions.
Need to fix your SEO? Discover The SEO Antidote.

Excited and ready to go?

Same here! Enter your email below and we'll get going!